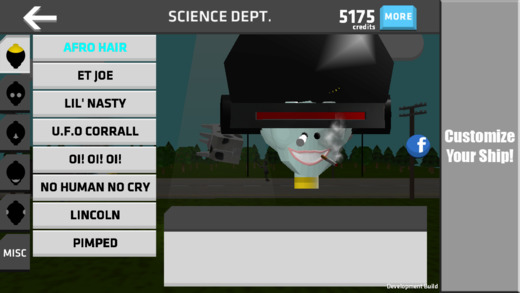 This game is played with two virtual touchscreen joysticks and has players control a UFO from a third-person view. There are 20 levels with varying objectives, most involving combat with human ground units and using the tractor beam which can pick up any object higher than the ground (especially cows) for physics-based shenanigans.

I was game designer (including level designer) and sole programmer of the game. Also did some UI elements namely the cutscene slides. 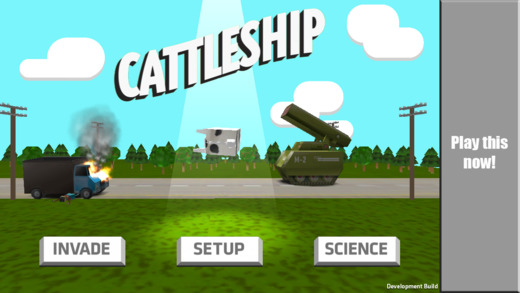 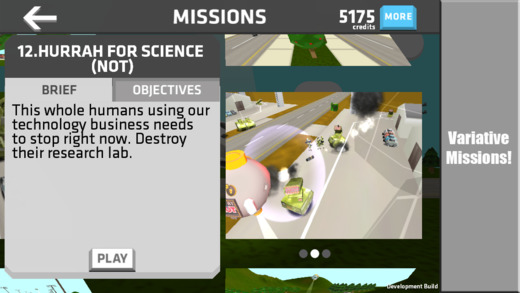 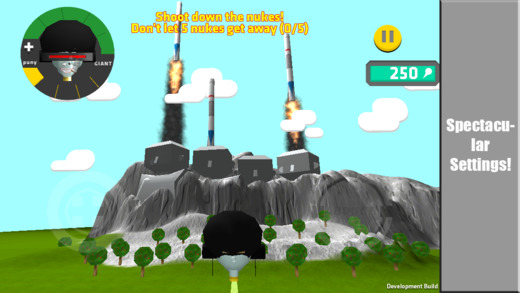 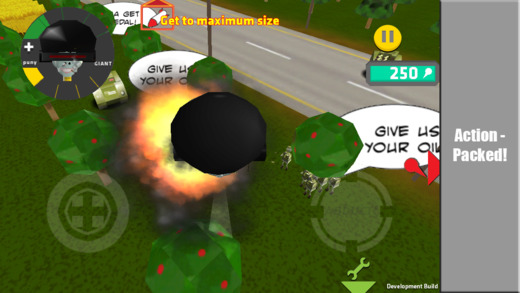